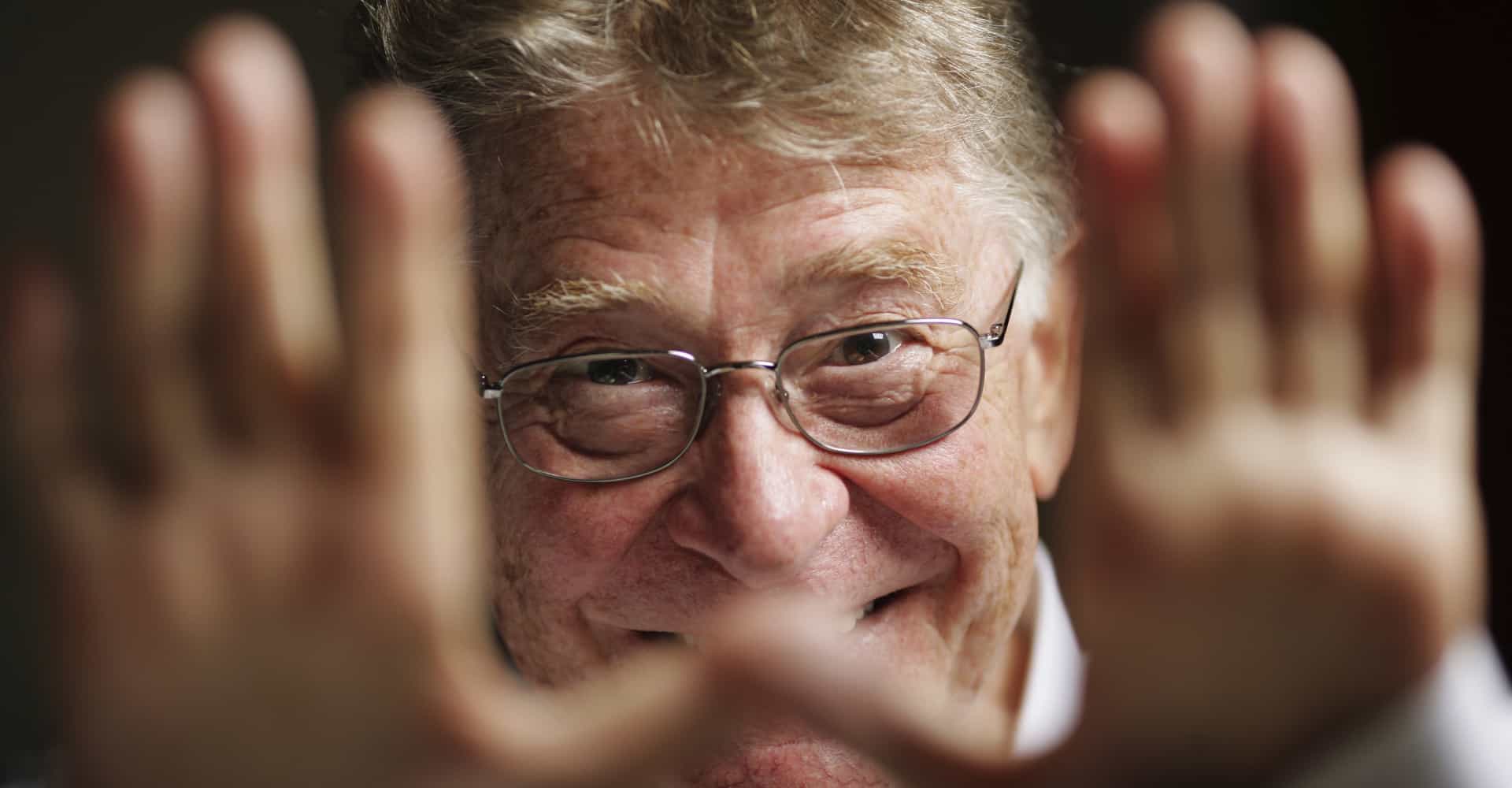 Ermanno Olmi: the Life of a Great Italian Director

As he typically explored spiritual conflicts within families, the director Ermanno Olmi, who has died aged 86, was something of an outsider in his native Italy, where orthodox Catholics thought him too progressive and militant communists considered him too much of a reactionary Catholic. Only after his most acclaimed film, L’Albero degli Zoccoli (The Tree of Wooden Clogs, 1978) won him the Palme d’Or at Cannes did Olmi get recognition at home as well as abroad.

A native of Lombardy, born in Bergamo and brought up in nearby Treviglio, he used the northern region as the setting for many of his films. Olmi kept notebooks recording the tales his grandmother told him about her early life as a peasant, and they provided the material for The Tree of Wooden Clogs, which has an agricultural setting. To the criticisms that his film’s rural family was not rebellious enough, a resentful Olmi replied that they rebelled in the only way possible for them – by sending their brightest child to school. When I interviewed Olmi for the South Bank Show a few years after he made the film, he said he had aimed to express what the poet Andrea Zanzotto once described as “the whisper of the generations”.

When Olmi was three years old, his father, who worked on the railways, moved the family to Milan. At 16, Olmi got a job at the energy company Edison-Volta, where his parents had worked, and he was obliged to give up his aspirations to study architecture. Once he had discovered neorealist cinema after seeing Roberto Rossellini’s Paisà (1946), he began to make 16mm shorts that convinced his employers to entrust him with setting up a film unit, for which he made 30 documentaries on such subjects as power plants. When they commissioned him to make a longer film about a dam they were building, the result was Il Tempo Si È Fermato (Time Stood Still, 1959).

They then agreed to finance his first feature, Il Posto (The Job, 1961), in which he depicted with gentle humour the tragi-comedy of the rituals he had witnessed when country lads such as himself applied for a job with a big Milan firm. Touchingly acted by non-professionals, including Olmi’s future wife, Loredana Detto, it won an award at the Venice film festival and was screened at the London film festival.

With friends in Milan, he founded a company to support other directors’ projects, including Rossellini’s five-hour TV series L’Età del Ferro (The Iron Age, 1965), as well as his own films, such as I Fidanzati (The Engagement, 1963), which was again about a young working man and played by non-professionals.

After their marriage, Olmi and Detto settled in Milan. He won clerical favour with a documentary about Saint Anthony and received a surprising offer from the James Bond films producer Harry Saltzman, who wanted to make a feature about Pope John XXIII with the American actor Rod Steiger. Olmi convinced him to let Steiger play a “mediator” who narrates Angelo Roncalli’s life from his spiritual diary, though was not happy with the result, A Man Named John (1965), which had a limited release.

Un Certo Giorno (One Fine Day, 1968) was also about the world of work, but this time at the executive level in a successful advertising firm. Olmi and his wife moved to a home built at Asiago in the mountains above Vicenza and there he found the theme for I Recuperanti (The Scavengers, 1970). It was inspired by the stories of residents of Asiago who, in order to earn some cash during the hard times of the second world war, had dug up scrap metal in that mountainous area. Olmi photographed and edited it himself, taking his personal neorealist style to new heights.

In the 1970s he continued to make TV films for the public broadcaster RAI, and some of these were also shown in cinemas. After his success with The Tree of Clogs, he suffered a serious paralysis which kept him out of action for several years, but in 1987 he made Lunga Vita alla Signora! (Long Live the Lady!), once more with a mountain setting. It won three prizes at the Venice film festival.

The following year, he had another success at Venice, this time with the Golden Lion-winning La Leggenda del Santo Bevitore (The Legend of the Holy Drinker, 1988), his most curious film up to that point. Made and set in Paris, it was based on the semi-autobiographical novel by the Austrian-Jewish writer Joseph Roth. Olmi managed to give a lyrical quality to what was perhaps an outdated parable that needed a more sophisticated Frank Capra touch.

More in his style was Il Segreto del Bosco Vecchio (The Secret of the Old Woods, 1993), based on a 1930s novella by Dino Buzzati. Olmi brought a dazzling visual style to Buzzati’s fairytale of a living forest in which animals, insects and even the wind have voices.

Il Mestiere delle Armi (The Profession of Arms, 2001) was his most religious film, shot in Bulgaria and set during the 16th-century wars between the mercenary soldiers of the emperor Charles V and the ill-equipped papal armies. His next film was another ambitious costume spectacular, Cantando Dietro i Paraventi (Singing Behind Screens, 2003) set among the pirates of late 18th-century China.

Now into his 70s, Olmi showed no sign of slowing down. If his opera-house productions were not always appreciated, he won critical favour in 2005 for his contribution to the omnibus film Tickets. (The other episodes were directed by Ken Loach and Abbas Kiarostami.) Olmi’s was about approaching old age and nostalgia for the past.

He then declared: “I don’t want to invent stories any more but will return to making documentaries about real life.” In the audacious Centochiodi (One Hundred Nails, 2007), he suggested that only a return to belief in archaic values can save the world. The film dismayed many of his most loyal admirers, although with a second viewing it made more sense as a metaphor.

At Venice in 2008, Olmi received a lifetime achievement award and surprised everyone by asking for it to be presented to him by one of Italy’s most popular entertainers, the singer and TV showman Adriano Celentano. It was revealed that Celentano had been heard singing off screen in Olmi’s documentary Time Stood Still.

Villaggio di Cartone (The Cardboard Village, 2011), another parable for the modern world, was set entirely inside a church which is being deconsecrated, to the distress of the parish priest (Michael Lonsdale). He discovers that a group of immigrants are hiding in his church and does his best to help them, but he is opposed by a fellow clergyman (Rutger Hauer) who informs the police. It was a simple tale told with Olmi’s genuinely Christian sentiments, revisited for the ever increasing complexity of religious differences in the world.

Torneranno i Prati (The Fields Will Come Back, 2014), filmed in wintry conditions in the mountains above Asiago, recreates events of the first world war, and is set in a trench in those mountains where Italian soldiers took refuge in 1917. Vedete, Sono Uno di Voi (Look, I’m One of You, 2017) is a portrait of the liberal cardinal and archbishop of Milan Carlo Maria Martini.

Olmi is survived by Loredana, their daughter, Elisabetta, and sons, Fabio and Andrea.