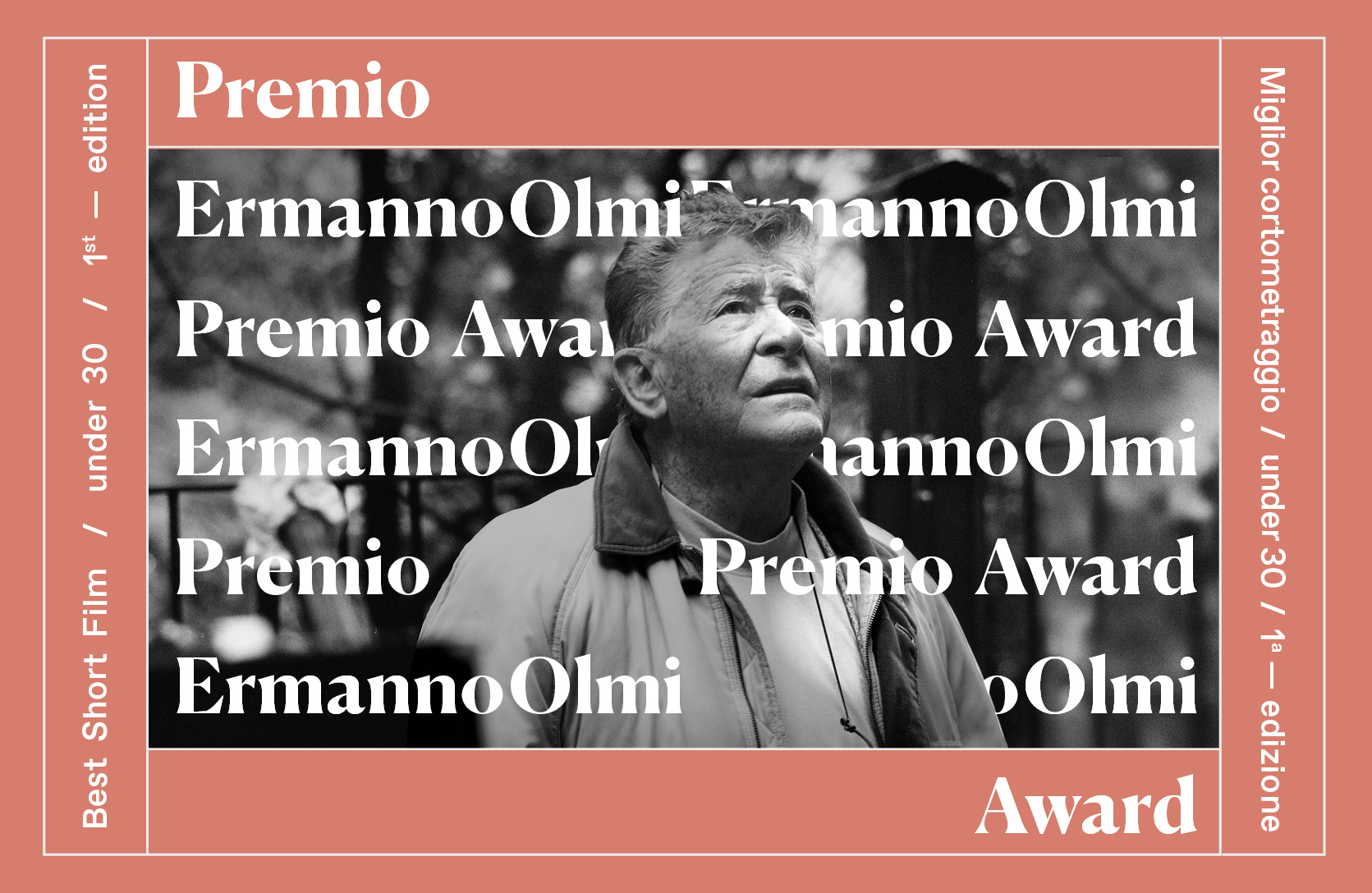 The Award is created to promote and support short films by young directors, the award is aimed at filmmakers of all nationalities and not older than 30, and consists of 3 money prizes (€1,200, €500, €300).

The deadline for submissions (fiction, documentary or animation), which must not exceed 15 minutes of length, is October 30, 2019.

First edition of the newly established Ermanno Olmi Award for Best Short Film to be held in Bergamo.
The award aims to support and promote films made by young authors under 30.

The City of Bergamo, with the support of FIC – Federazione Italiana Cineforum and in collaboration with Bergamo Film Meeting Onlus, announces the Ermanno Olmi Award, established in memoriam of the late lamented director and fellow citizen.

An extraordinary visual poet, consecrated with the Golden Lion for Lifetime Achievement at the 65th Venice International Film Festival, in the course of his long career he received noteworthy awards including the Golden Palm at the Cannes Film Festival in 1978 for L’albero degli zoccoli (The Tree of Wooden Clogs), the Silver Lion in 1987 for Lunga vita alla signora! (Long Live the Lady!) , the Golden Lion in 1988 for La leggenda del santo bevitore (The Legend of the Holy Drinker) and the appointment as Grand Officer of the Italian Republic in 2001.

The winners’ announcement and award ceremony will be held on December 11, 2019, at the Auditorium in Piazza della Libertà, Bergamo. During the event, the 3 awarded works and a film by Ermanno Olmi will be screened.

Bergamo wants to pay tribute to the great director, whom we loved for his ability to narrate the simple things in life with an intimate and poetic voice; the rural world in which he had grown up and he always felt connected to, the relationship of the man with nature and his religious sense, and his choice of documentary as a means of expression.
The municipal administration wants to remember him through a project that aims to support and promote the creativity of authors under 30 years of age, giving them a stage and visibility, with the hope that it will be an opportunity for professional growth and affirmation for the young generations. Thanks to its distinctly international character, the Ermanno Olmi Award will constitute a new opportunity for our territory to welcome ideas and projects from all parts of the world. Bergamo, which already prides itself of being a city of quality cinema thanks to the Bergamo Film Meeting, further enriches its panorama of cultural events, this time focusing on bringing the creativity of young authors to the forefront.

Nadia Ghisalberti, Councilor for Culture of the Municipality of Bergamo

The Ermanno Olmi Award is promoted by the City of Bergamo with the support of FIC – Federazione Italiana Cineforum and in collaboration with Bergamo Film Meeting Onlus.