By wp_26661609 December 2020No Comments
The 2nd edition of Ermanno Olmi Award goes to Eggshell by Ryan William Harris.

The fiction short film Eggshell (Italy, Ireland, 2020) by Ryan William Harris wins the second edition of the Ermanno Olmi Award, an event aiming to promote short films by young directors. The experimental documentary film Boys Don’t Cry by Bobbie Faren Müller (Denmark, 2020) earns the second place, and third is another fiction film, Daily Breath by Anna Spacio (Switzerland, 2020). The Special Mention of the jury for the most significant entry concerning the relationship between Humankind and Nature, with a particular focus on the valorisation of ancient crafts and traditions, goes to the documentary film Pull It, Sharpen It by Marta Aitana Schmidt Yanez (China, Spain 2020). The three winners, selected among close to 100 contestants, are respectively awarded a cash prize of € 1,200, € 500 and € 300.

The jury – composed of Claudio Santamaria, Angelo Signorelli, Barbara Rossi, Monica Corbani and Maria Grazia Recanati – awarded Eggshell with the First Prize «for the powerful depiction of suburban adolescence spent on the fringes and scarred by violence and abuse. The stark contrast between Joey’s inner world and the outside, mostly hostile, is portrayed with great narrative immediacy, along with the not-yet-lost connection with the natural world, seen as a regenerative force». Boys Don’t Cry earned the second prize «for its unique and experimental aesthetics, that follow the “cinéma-verité” tradition expanding it beyond the typical “reality show” format. The self-deprecating and non-conformist production allows the four young protagonists to fully express their deepest urges and feelings, in a self-affirming and cathartic release». The third Prize goes to Daily Breath «for the measured and terse narrative style, capable of portraying, through silence, the sounds of the mountain and the gaze of a young woman, the powerful conflict between the awareness of imminent death and the will to live. The reading, in which the girl indulges while taking care of her old mother, runs in parallel with their daily life, reflecting it like a mirror».
Unanimously, the jury awarded their Special Mention to Pull It, Sharpen It «for the bright narrative style in portraying the story of Guo Chunxiang and his “little shop of wonders”. Inside “Great Shangai 1933”, among old abaci, tiny Esperanto books with a red cover and a whole paraphernalia of things, the memories of the East and West are preserved, filtered by Guo’s expert craft». 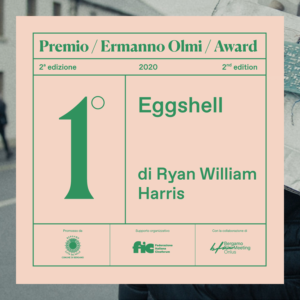 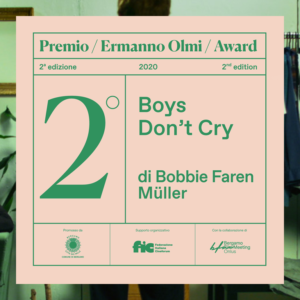 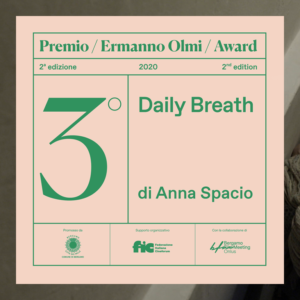 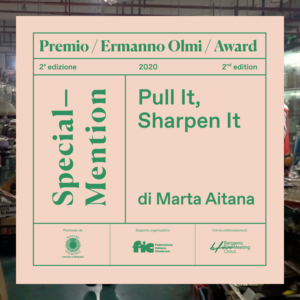